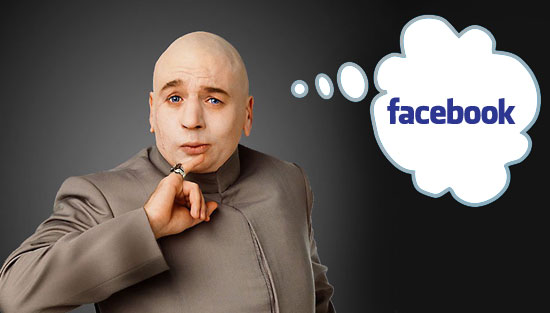 As many you have probably noticed, Facebook has made some major changes lately and this is only the beginning. Facebook officially has 800 million users and for the first time last week, 500 million people used Facebook in a single day. Facebook’s goal is to become the social layer that supports, powers, and connects every single piece of the web – and that is exactly what Facebook is doing.

– The list feature already existed, but no one ever used it – actually only 5% of all Facebook users. Now with a few new upgrades such as Smart Lists, sharing content to lists, and the ability to consume content from lists, you can organize your friends and share content with whomever you choose.

– Say goodbye to “Top Stories” and “Most Recent,” which have been replaced with a smarter feed that adjusts content based on the last time you logged in. You also have the ability to tweak the top stories in your News Feeds by marking as a “Top Story.” Additionally, photos will be larger and more prominent.

– Located above the Chat column is a real-time news feed that displays your friend’s updates anytime they do something. If you hover over a particular update, you can interact with the content in real-time.

At the f8 conference yesterday, Facebook unveiled more features scheduled for release in the next few weeks. In an effort to “design a place that looks like your home,” according to Mark Zuckerberg, this new profile interface will allow users share photos, music, TV shows, movies and other content in real time as well as play games at the same time.

Timeline is one of the most compelling new features that will display a summary of what you have done, by month or year. Basically, it’s a chronology of personal activity starting with what you’ve done recently and then summarizing only the important things in your life as you go back in time. This is what your profile will look like:

– Facebook is making improvements to its Open Graph to allow users to more easily use, share, and display applications, such as incorporating music content from Spotify and video content from Hulu and Netflix into activity streams. You can view your friend’s musical preferences and playlists with the ability to play any song and see what your friends are watching in real time allowing you to share the experience with them.
New actions “Facebook Gestures” – Read, Watch, Listen. With the addition of these new actions, people can do more than just “Like” posts. Friends will be able to see what their friends are doing on Facebook.
Also with all these changes will be new ways to alter your privacy settings.

What does all this mean for your business?

Emphasis on personalization is becoming even more important. Social posts must be relevant, personal, and deliver value for your target audience especially since users now have more control over their news feeds giving irrelevant updates lower visibility. Content will also spread faster and interactions will likely increase.
Advances in social search. Public search is entering into social networks, which means every post should be optimized with keywords to increase reach and the likelihood of getting your content found.
Industry analysts believe the “Like” button will have a smaller role in marketing with the launch of Facebook Gestures. The new goal is to share and interact with more content in an effort to get more people to take social actions enabled by the brand.

this could potentially open doors to allow pages to have more control by highlighting certain pieces of content and emphasizing specific promotions, giving the ability to better leverage and customize a fans’ experience.

Overall, social sharing is changing with more emphasis on content and applications. The road for the future of social media marketing may be best summarized in this quote from Mark Zuckerberg, “The next five years will be defined by apps and the depth of social engagement.”